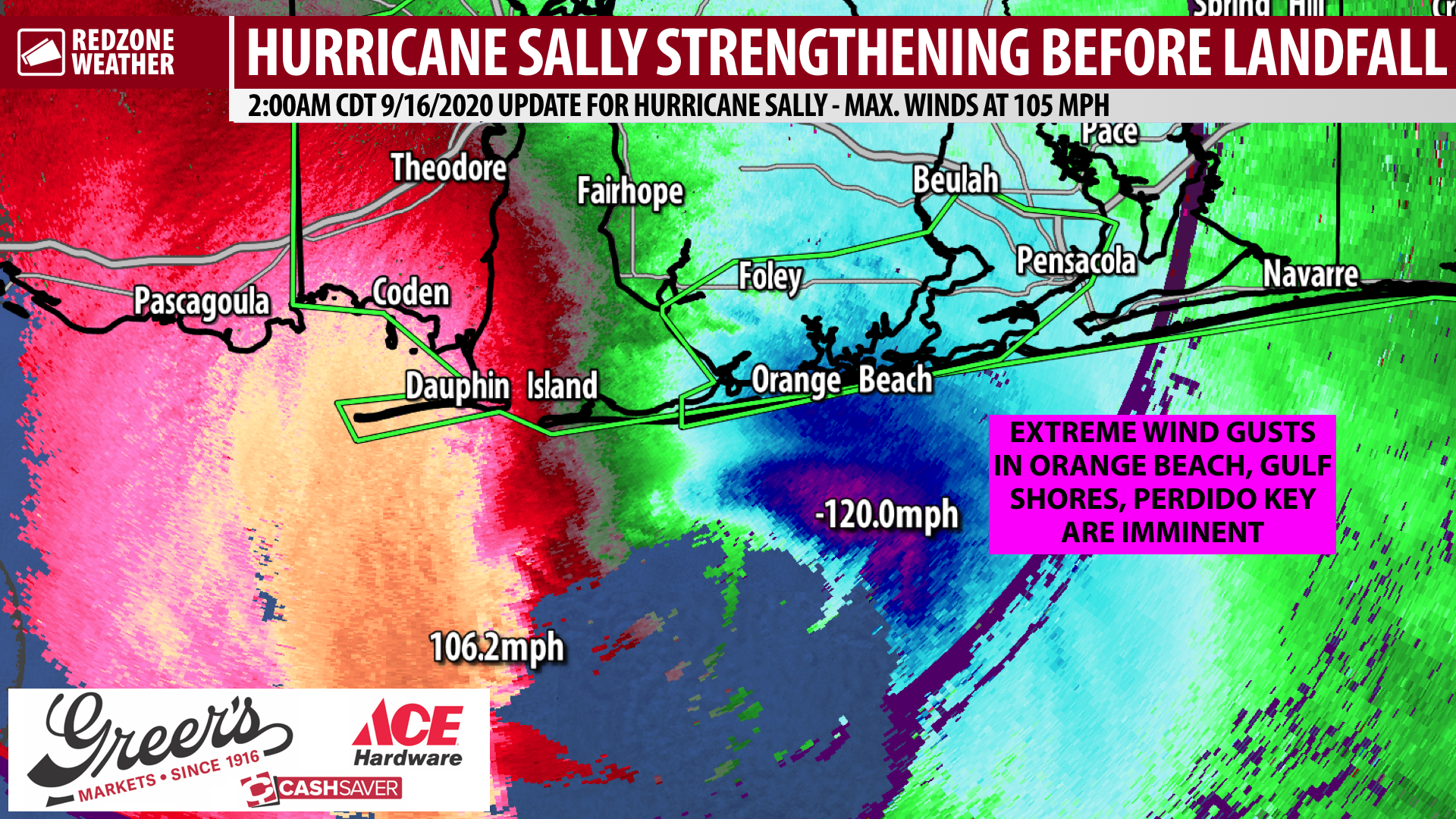 FLASH FLOOD EMERGENCY FOR PENSACOLA & ALABAMA BEACHES… Hurricane Sally continues to strengthen as of 1:50AM. Maximum sustained winds have increased to 105 mph, meaning Sally is a formidable category 2 hurricane. The strengthening process does not seem to be over just yet as minimum central pressure is down to 968 millibars. Sally could briefly become a major, category 3 hurricane immediately prior to landfall, but even if that does not happen, Sally is producing life-threatening water rises in the southern parts of Baldwin and Escambia (FL) counties.

WIND SPEEDS TO INCREASE NORTHEAST OF EYEWALL SOON… Higher wind gusts are imminent in communities like Pensacola, Milton, Pace, Navarre, Molino, Ensley, Cantonment, Robertsdale, Summerdale, Gonzalez, Beulah, Warrington, NAS Pensacola, Bagdad, and NAS Whiting Field as the northern, powerful eyewall of Sally begins moving in. Winds may gust as high as 80-90 mph in these areas within the next 2 hours. Hunker down and be in the middle part of your house on the lowest floor, unless you’re in a flood zone.

LIVE VIDEO KICK OFF AT 2:30AM… My next live video update will start at 2:30AM unless we have a tornado warning issued before that for any part of our local area. See you shortly…