Rural areas matter just as much as urban and suburban areas. This is and has been the philosophy of RedZone Weather since the company was a mere idea. There are 12 counties in southern Alabama and northwestern Florida that are included in our primary coverage area. 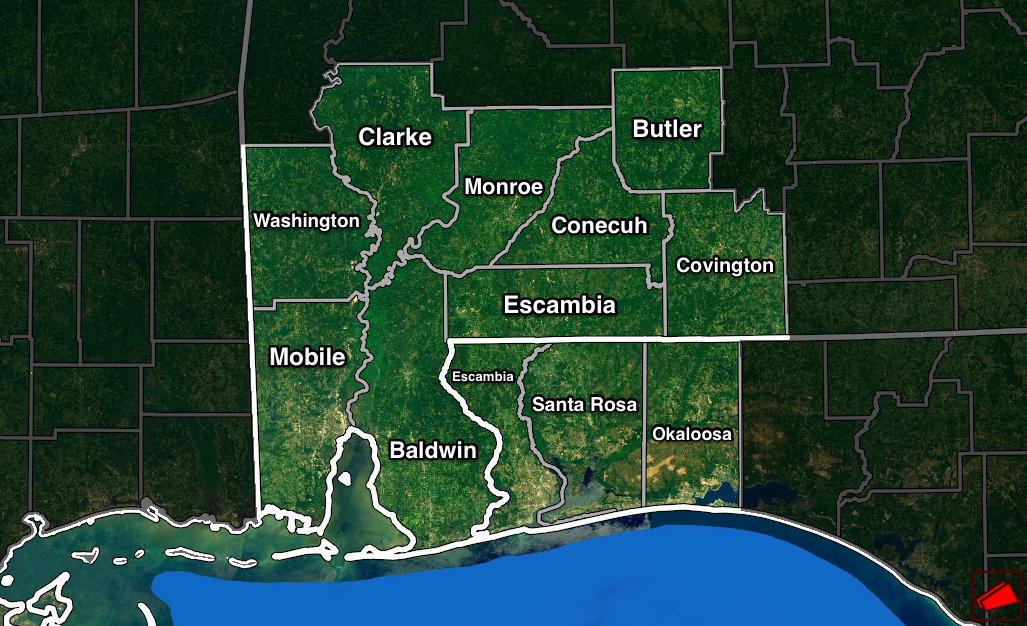 I’d like to expound upon this definition since some folks may be new to the storm-based warning system. In 2007, the National Weather Service local forecast offices (the official authority who issues severe weather alerts in the U.S.) made a switch from issuing tornado warnings by county to issuing warnings by polygon, or storm-based warnings. How does this affect the RedZone Weather primary coverage area? Let’s take a look at a three hypothetical examples…

Automated tweets on the RedZone Weather Twitter should be posted whenever tornado warnings are in effect for any part of our secondary coverage area, described in detail below. Important: You should always have more than one way to receive urgent weather warnings. Do not use the automated tweets from RedZone Weather as your sole source for getting an urgent weather warning or watch for your location. It is part of a Twitter account after all, meaning “down time” sometimes does happen. This is beyond our control, thus we highly recommend having an app installed on your smartphone like Alabama SAF-T-Net or Weather Radio that can be programmed to alert you if a tornado or other dangerous weather warning is issued for your area.

One of our goals is to continue to grow the company to the point where we can provide a commitment for live streaming video and audio coverage to many more counties across the region. Since we are unable to provide live streaming audio and video coverage for so many places that we strive to support during severe weather events, we do have a secondary service that can be utilized… 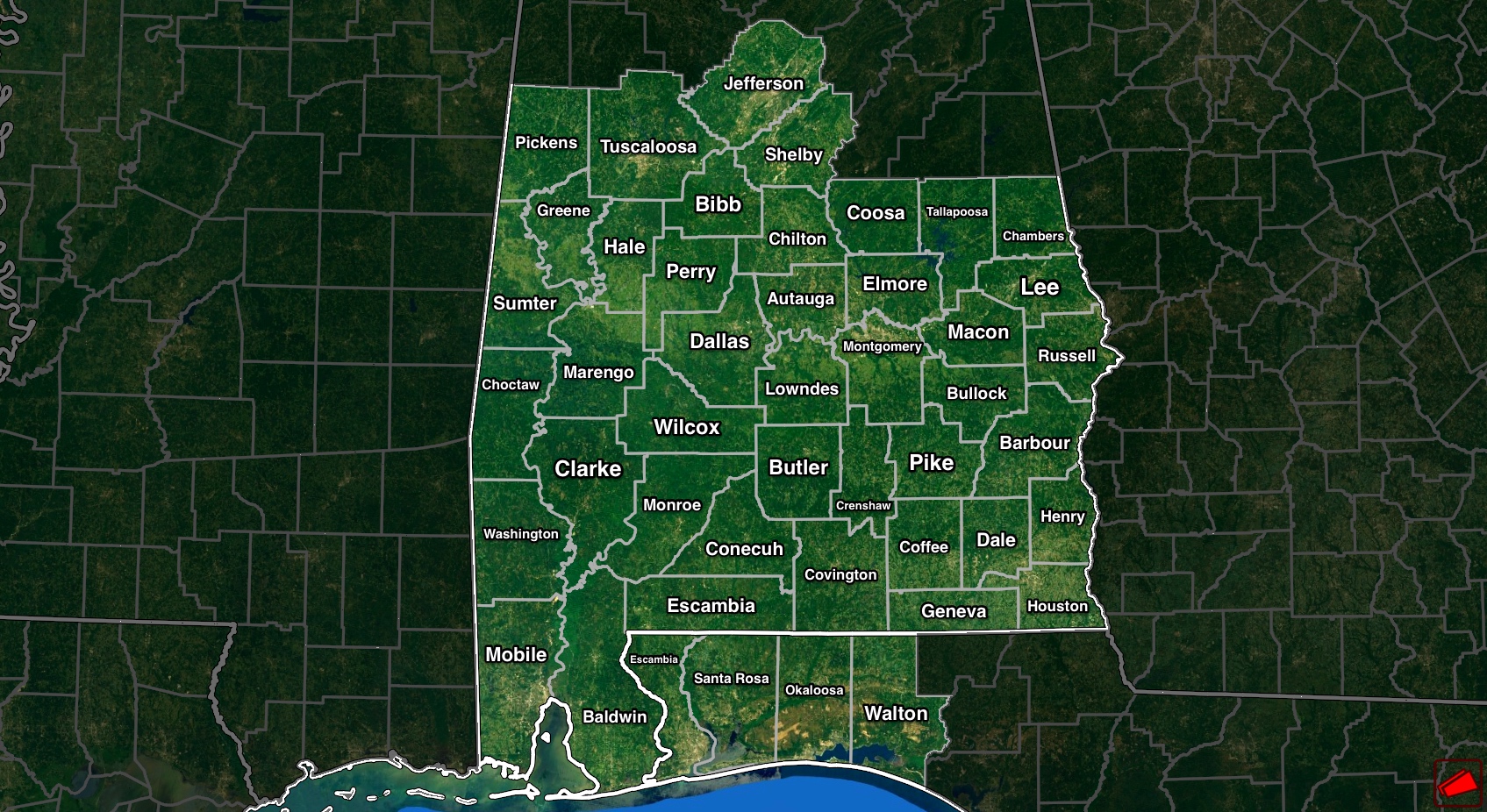 You’ll likely notice that outside of our primary coverage area, this secondary area is our next area of focus. This can be seen in the language used during severe weather events, posts more generalized about the region, etc.

We provide automated tornado warning tweets for all of these 46 counties that you can visualize in the image above. These automated tweets should be posted on the Spinks Megginson – RedZone Weather Twitter account during times of severe weather. I use the word “should” in the previous sentence to emphasize that this is not a guaranteed service. Will it likely work? Yes, but you shouldn’t use it as your primary weather warning source because it is a service that we, as a company, pay for but it is beyond our control if a warning service or Twitter outage will occur when the information is needed most.

Tornado Warning for Greene and Tuscaloosa County in AL until 11:00am.